It was 1666 when Connecticut Puritans migrated to the area now known as Newark. The group bought the land from the Delaware Indians, establishing the settlement Pesyak Towne (later called New Milford). There are two theories as to why the name was later changed to Newark.

Whatever the reason for the name change, Newark became a township in 1693 and is the seat of Essex County.

Here’s a map of Newark, NJ.

Newark saw a growth of diverse industries after the end of the American Revolutionary war. For example, factories for shoes, jewelry and leather tanning employed residents. Inventor Seth Boyden ingenuity propelled the shoe industry to success, with his creation of the patent leather. Boyden was also recognized for producing the first malleable cast iron and creating a bigger strawberry.

A statute of Boyden is located in Washington Park.

Newark was also home to other entrepreneurs and inventors such as Edward Weston (inventor of electrical measuring instruments) and Rev. Hannibal Goodwin (inventor of flexible film for motion pictures).

Shift In Population During Mid-20th Century

Newark saw a dramatic change in its ethnic makeup during the 1950s, 1960s and 1970s. Many white individuals and families moved to the city’s outskirts (suburbs), which only rapidly increased with the 1967 riots. Approximately three-fifths of Newark’s population was African-American in the 1990s. Kenneth A. Gibson was Newark’s first African-American mayor, elected to the post in 1970.

The city has seen its share of troubles – with rising poverty and infant mortality rates and many people infected with HIV.

Newark’s closeness to New York City led to its rapid growth and became a hub for many factories and businesses in New Jersey. Some of the many products produced in this region include chemicals, electronics, furniture, jewelry, leather goods, rubber, etc. However, the city is also home to many insurance, publishing and printing companies.

Newark serves as a significant transportation and East Coast distributing point. Its airport, Newark International Airport, serves the areas of New York City and Newark. In 1915, the city set up the Port of Newark, which the Port Authority of New York and New Jersey currently leases and runs.

What All Newark Has To Offer

Here’s a map of NJIT located at 323 Dr. Martin Luther King Jr Blvd. To get to Rutgers University campus, follow these directions.

Military Park (once a drill ground during colonial times and current site of The Wars of America crafted by Gutzon Borglum), county park Branch Brook (well-known for its Japanese cherry blossom trees) and the seated Abraham Lincoln statue, which Borglum also designed.

From Rutgers Campus, you can get to Branch Brook Park in 5 minutes.

Trinity Cathedral (converted into a hospital during the American Revolutionary war), House of Prayer (which has an old stone rectory), First Presbyterian Church and Plume House.

You can get to Trinity Cathedral from Branch Brook Park by following this.

New Jersey Performing Arts Center (a multi-use venue that allows for small and large performances, and is home of the New Jersey Symphony Orchestra) and Newark Museum of Art with many exhibits and restored Victorian mansion Ballantine House.

Other Places To Check Out

Newark Penn State, which was built during the Depression, City Hall, and the Prudential Center (where the New Jersey Devils ice-hockey team plays as well as other events).

In the 2010 census, Newark had more than two million residents, making it the largest city in New Jersey.

Joseph Ferdinando is the founder of Building Security Services, a company that provides security solutions to businesses and organizations. He has more than 40 years of experience in the security industry, and he is a recognized expert in the field. Joseph is also a member of Building Owners and Managers Association (BOMA), where he's held position of Director on the Board of Directors in both the New York and new Jersey chapters. 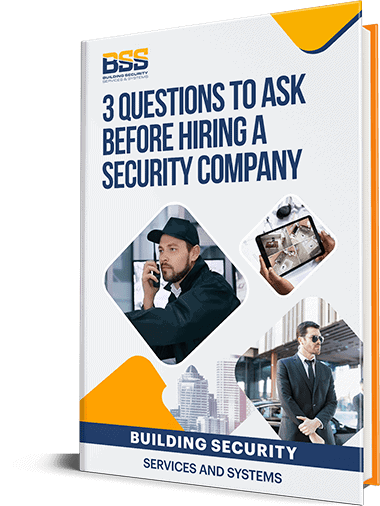